You are not connected. Please login or register
Go to page :

Lol, I'm just giving you a hard time man. I did notice it didn't take but 5 pages before mine and ho's name came up. Can't even go to another board without clark making a comment. Like I told splff though, Clark's good for the dynasty. It's good to have badguys that you can root against or that you love to beat. I wouldn't trade him for the world, lol.
CT21

urbanslegend05 wrote:Blaze/CT, if you guys are looking to keep playing, I can get you both into Rivals.

It seems that CT is committed to his Seminoles, so unless Ho quits or is willing to change teams, I doubt CT will join.

yeah it's gotta be FSU 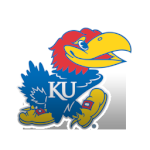 urbanslegend05 wrote:Lol, I'm just giving you a hard time man. I did notice it didn't take but 5 pages before mine and ho's name came up. Can't even go to another board without clark making a comment. Like I told splff though, Clark's good for the dynasty. It's good to have badguys that you can root against or that you love to beat. I wouldn't trade him for the world, lol.

Lol, I think the main thing is it was just tough for Ho with two ODs. Everything was good before that, but then he stretched himself too far and we all got annoyed because of the slowed advances; which were not all related to Ho, it's just he wasn't on the board for a while so he became the easiest scapegoat. I don't think we would've had near as many issues if it wasn't for Ho joining Workers (not saying he was wrong to join). Reasons being, one he wouldn't have been over-stretched and could've concentrated on Rivals, and two, he wouldn't have went undefeated and won the NC (beating Clark along the way) lol.
urbanslegend05

Yeah, he would have been done with workers this season if he didn't win the championship, but he felt he would have been doing a disservice to the dynasty as defending champ to quit. As it turned out it was a little slower, which wasn't a big deal to me, but obviously it meant a great deal to others. Now with him just in rivals, he'll be much faster.
getonmylevelho

Yeah sorry buddy. I gotta stick with STATE! But I did go with LSU in this league and win a championship..and stayed number one this entire season...so it CAN still be fun..just wish clark hadn't pussied out and quit before I got to stomp his razorbacks for the second time. I was looking forward to going wire to wire.
getonmylevelho

Weeeellllll...obviously....there is a RAPIST in Lincoln Park.

But no for real..I definitely got used as the scapegoat a few times where I had my game finished before like 7 other people, but nobody points these things out. And usually my name was coupled with someone else's...like..Just Ho and (insert name or two here) left before we advance. So just cuz I was in that sentence almost everytime, it was like holy shit, this ho cat is slow.

But is it not true that I had my game in before the "deadline" every time?? I didn't realize that 11 out of 12 users were going to be as crunk about NCAA 5 months after the release date, but I was wrong. I was honestly hoping that call of duty would help with the addiction...again, I was wrong. I apologize if I ruined the worker's experience for some of u guys, but I don't apologize for tappin that ass and winning a national championship.

Oh..and Rivals is still kickin...how do u explain that?? Run tell that, homeboy.
urbanslegend05

We never played, that's why you won Ho. lol If we finished out this season it coulda been a KU vs. LSU title game and you know the Hawks walk outta that one with the W.
getonmylevelho

I would be down with finishing it. Splff, if u want to transfer the league to me, I will take care of it while the remaining users finish the season. I know there has to be at least 4 or 5 people who are in contention that want to finish it off.
splff3000 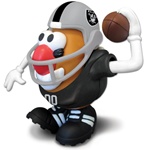 So is there anyone that does want to finish the season?? I'll play my game right now if there is. I wasn't raised to be a quitter..and my number 1 ranking doesnt make me feel the need to either.
jhawk886

well I would love to play you at the end of the season but i really dont want to play through all of the other games when they dont mean anything and I have a lot more going on now with graduation coming up. So sorry, I just really dont have time to finish it all out.
getonmylevelho

i feel ya on the time issue. the more i thought about it, the more i realized that nobody was gonna be down with a pointless season..but a user title game is always baller
jhawk886

if you wanna sim, go back and re-sim, etc. until you and I make the title game cuz there is a good chance that would've been the eventual matchup, I'd be more than willing to play the game lol. But yeah I just really can't finish out the season
urbanslegend05

Sounds like we got a challenge....we have season one's champ in the red corner, season two's champ in the blue.....whose gonna be the overall worker's champion.....Anyone wanna do a paypal bet?
jhawk886

urbanslegend05 wrote:Sounds like we got a challenge....we have season one's champ in the red corner, season two's champ in the blue.....whose gonna be the overall worker's champion.....Anyone wanna do a paypal bet?

I'll take the one in the purple cape.
urbanslegend05

I'm sorry, I couldn't read your last comment. I was too mesmerized by the bouncing blonde's titties.
getonmylevelho

I keep hoping one of them is gonna pop out, but then i realize that it is a loop and then all my hopes and dreams are ruined.
Sponsored content