How Did Your Draft Go?

How Did Your Draft Go?

I saw splff made a thread like this a few seasons ago, so I thought I would re-post it for the most recent draft and current members.


I'm making this thread so people can gush/cry over their draft. Did you get the guys you wanted? Were they even good after you got to see ALL of their ratings? Are you excited at the prospect of seeing what they can do? Pretty much anything you wanna talk about pertaining to your new rookies, post it here.
JoeyJ1203

a+ for me.... im dropping all of my draft picks
QuakerSteakAndNoob

Mine was freaking amazing.
GenoP

My highest pick was a 2nd mid-late 2nd rounder, but overall I landed every player I wanted.

#2 - DT - Maka Lafontant (78 OVR): I have high hopes for this guy. My best DT (Domata Peko) is getting old and is overpaid so I wanted to draft I guy I could develop into a starter for next season. I drafted a DT in the 5th round last season, but he was too much of a project for what I was going for. Lafontant is going to be a beast and to top it off, he has superstar development.

#3 - OLB - Taz Brown (71 OVR): I traded away my previous backup OLB for depth at CB and a 3rd round pick, so I really just went after Taz for depth. He is solid, but needs a little work through out the season. Overall he is very similar to my starting OLB Woodyard. He also went to Colorado St. so that's what made me scout this guy. I will be comfortable starting this guy if Woodyard gets hurt and that's what you want in your backup players.

#5 - QB - Tajh Gray (66 OVR): I am actually surprised this guy dropped to the 5th round. He's 6'5, 97 Throw Power, 82 Speed, and decent accuracy for a mid round draft pick (79 SAC, 71 MAC, 71 DAC). Biggest disappointment with this guy was seeing he had 44 agility lol. Who has 82 speed and 44 agility?? Just drafted this guy for a cheap backup QB and really fits in well with Osweiler. Has similar size and I like having a QB with upper 90's throw power. Hasn't done bad at all in the preseason. I scouted this guy because of his size and he went to Hastings College which is a tiny college about 2 hours from where I live.

#7 - LT - Ryan White (63 OVR): This guy actually has pretty good ratings, but his awareness is garbage right now. Picked this guy blindly and went by the fact that I liked his college lol. Just wanted a cheap backup lineman and that's what I got.

CB Jermaine Greene, OLB Taz Brown, and DT Maka Lafontant have starting potential. Lafontant will be a solid (80+ OVR) starter for me next season. Overall I'm really happy with my draft. Didn't have any major or starting needs, so I stocked up with cheap depth to help out my salary cap for the next few seasons.
Sinister 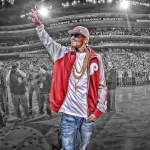 considering i didn't have much say in my draft iwould say cpu did ok i actually got a decent backup he's dumb as hell but good power and ok passing for a rookie. rookie olb drafted in first round is a good player prob would start on most teams but is a great backup who will see the field . Eagles made some improvements in rookie fa dept. pickin up a cb,fs and wr that will contribute to the team.
Sponsored content